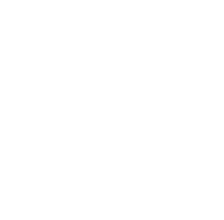 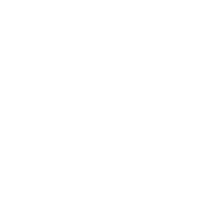 I remembered something that happened some years ago. I’m not a picky client. Nor do I walk the whole market to buy potatoes that are the cheapest or most round, tied with bows or stuff like that. I don’t even negotiate the price, as I saw others doing. If I think about it, the Romanian customer is divided into two main branches: the customer with big mouth and always sullen, unhappy, who believes that the world is spinning at his/her fingertips and everything belongs to her/him, and the client of which category I am part of myself (resenting somewhat the first one), humble and always caught in the fear of getting the seller angry, quiet, who always has the feeling that it is an honor when he/she is served. When I was a kid, I thought that it is of common sense to always be polite with everyone, not be a Warrior of Light or Grumpy Cat, not let your frustrations get from work to home and from home to the supermarket. Soon, I noted in Romanian/Russian society that if you are an easily pleased customer, they kinda take you for a fool a bit, and, ultimately, without any doubts, you get tricked. I could never be, even if I’d be perfectly right, the angry customer that aggressively asks her rights, with the claws ready to grab. As I age and grow up (to be read as “get out of adolescence” :p ), I realize that I’m changing, my time is more valuable and I find myself more and more often muttering and making acidic comments in the waiting line at the counter, or leaving a cafe if they do not bring any menu after ten minutes of waiting. With my Russian mind, I think that this humility comes from communism – that’s where we got accustomed to receive less and worse, with titanic efforts. But…

Returning to the subject of this post, some years ago in a supermarket I lay my eyes on a professional camera, on sales offer. The department only had very young employees, who certainly had no idea what that communism is, but which were certainly injected under capitalism, to always smile, to be annoyingly polite and behave with customers in a standardized robotic way . With series and number. So, in democracy, we all are treated identically and equally, without any discrimination.

While a redhead girl was presenting me the sale offer for which I had came, from across the department, terrible screams were heard coming from an unhappy customer. The redhead had suddenly froze, although no one was screaming at her, but I suppose she felt somehow indirectly threatened. “What do you mean, no shouting?! I’m a client, if I feel like screaming, I have the right to!” Now comes to mind that advertising about “I am an European citizen and I have rights.” The brawler guy was about 40 years old, and he was rabidly foaming and fretting and trotting in front of a short girl, who was barely refraining from bursting into tears. I never found out why the man had the nervous breakdown. The certain fact is that the explosion was triggered when the employee girl told him firmly democratic: “Please do not yell at me!” I could not help noticing the other young employee girls whispering, looking shocked at the client: “What’s wrong with this guy, girl?” “Eh, what’s wrong… Can’t you see he’s crazy?”. Exclamation accompanied by a suggestive gesture made with the finger to her forehead. “Call your boss immediately! Let the department boss come!” – continued to shout the client, on the verge of apoplexy. After a while, the head of the department appeared, trying to settle the conflict amicably. What shocked me was that the employees returned instantly to their business, oblivious to the incident that occurred, as if they had put cotton in their ears. They had restarted themselves.

“You want to see other cameras we have in stock? The same price…” continued the redhead in front of me suddenly, kind, talkative and smiling, as if someone had suddenly pressed the “play” button. Yes, of course, I want to see them. She disappears for a moment and returns with a camera much better than the one presented in the offer, but with a small scratch on the display. “What does in stock means?” I ask suddenly, slightly suspicious. The girl is silent for a moment, slightly confused. “It means the cameras that were displayed on the stand for a while. The camera you see now will be sold at some point on sales offer too!”. Considering that i’m closing at least deal of the century, i tremble of joy, and in my imagination I stick my tongue out and rub my satisfied paws. “Mwuahhahaaaaa!”. She takes a photo of the store, shows me a bit how the camera works, I pay and we both smile satisfied about the way our “collaboration” went. I grab the camera and I rocket towards home with the speed of a rabid snail, eager to take pictures and wondering why the hell are there any angry customers in a perfect consumer society.

I get home and I start to button the camera with the satisfaction of a woman realized in life. I was amused when I came across a picture from April: the redhead and her department colleagues. I was amused again – here’s a nice photo with two children at the playground, how nice! Then I became slightly concerned when I went to inspect the internal memory and came across pictures from February, then the New Year, from a birthday … And I got downright panicked when I found photos from last summer at the seaside, with all kinds of hairy fat-belly dudes, full of thick, bad taste gold chains and rings, dancing with beers in their hands around the grill, listening to God knows what filthy Manea (horrible oriental-style music, very popular among romanian youth, nn). And the stakes were sizzling, duuuude!!! … All this happened, of course, in the store, while the camera was “in stock”, and the customers were probating it.

I stopped watching the pictures, I would have been way too shocked to get to the photos from the “homemade porn” category. Instead, I returned to the redhead chick, trying to keep my nerves under control and hide the rabid rage foams around my fangs. “You gave me a second hand camera as sales offer!” I say ironically. The girl looked at me puzzled and surprised. Her next response was somewhat naive rather than rude “Aah.. Well, do not worry … it’s my colleague from the cashier. You want to meet her, to convince yourself?”. “No need, I already know half of her family, three quarters of her friends, her dog, parrot, the hen roost of her grandparents, etc., etc.”

This little robot was programmed to smile kindly, to perfectly serve her customers, and so on, but in her conception it seems perfectly normal for a colleague of her to use a photo camera from the store and then to sell it away, pretending in all innocence that she knows nothing about it. I do not know, I was not there, it was not me!

Next time i’ll I see kids with a thousand euros phone in the subway, I’ll ask myself curiously and instinctively what electronics store do they work at? And I only hope that when I will buy a microwave, I’ll find no hardened dried sprouts inside it.

I’m an European citizen, I’m a customer… Do I have the right to shout!?…

This entry was posted on Sunday, March 16th, 2014 at 7:00 am and is filed under memories, people. You can follow any responses to this entry through the RSS 2.0 feed. You can leave a response, or trackback from your own site. 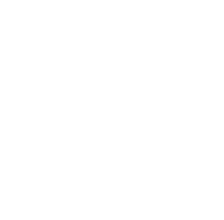